As a Democrat, I spend my time trying to: fix things, learn things, meet people to hear what they need from me and make a difference for my district. I do not spend time misleading people about the issues or my opponents. It used to be that people would see through that kind of political manipulation. What is frustrating is that we are living in a time when not speaking to what is going on means leaving people only hearing one-sided spin. So I want you to hear from me that my democratic values are NH values. I had a great first year in Concord and I have gained credibility among Democrats and Republicans. They know I am sincere and interested in solving problems. I’ve had more than one beer with my friend Doug Thomas from Londonderry – who I am seated next to at our annual ST&E end of year luncheon. I look forward to more bipartisan work on ST&E.

All elected state leaders are required to tax and spend – that is the job. So kudos to Republicans for coming up with such an inescapable label for people in my party, to try and make you think that we are the bad guys. From what I have learned about the ongoing budget issues in NH, it is not saving us money to cut state level revenues to the point where everything is pushed down onto property taxes. It is not fiscally responsible to short-change pensions and then declare that they are insolvent – as though that is a victimless crime. It is not conservative to mismanage federal, state and local taxes to the point where schools, hospitals, drug treatment clinics, prisons, assisted living faculties, essential infrastructure and municipalities are all fighting each other for scraps. These problems are self-imposed, by the guys who spin themselves as tax-cutters for freedom. But they are also the guys who break what’s working, stop investment, hamstring innovation & improvement and impede our communities’ sense of well-being.

Pretending that we can always do more with less is a lie. It doesn’t work for families and it doesn’t work for states. Populations grow, infrastructure breaks down, children, families, industries and the elderly all have changing needs for which the state must partner and costs sometimes go up. Eventually, delayed costs are higher when the bill comes due. Democrats believe it is a better plan to be steady, smart and realistic. To work in cooperation, not conflict. Democrats offer smart, incremental, fact-based decisions to make sure opportunity in the state is preserved and handed down. We’re still the guys playing by the long-established, proven rules. So, I guess that makes us the true conservatives. 😉

I’m seeing a theme of double-speak emerging in Republican rhetoric. They’re planning to label Democrats extreme and radical to promote fear that will help them regain power. But they are the party who has moved so far to the right that they are tipping us away from democracy all together. They are the ones rigging the system and trying to roll back long established norms of equality and justice to serve a more corrupt and non-responsive kind of government. This is an American issue – not one of party.

I’m a democrat because I believe in the positive effects of promoting the American values of equality, fairness, opportunity and justice. I’m opposed to incompetence, corruption and the ruination of our democracy. I’m a wife, a sister, a mother and grandmother. I’m a project management professional who climbed the ladder of success through public education. I achieved the American dream and I want to give back by helping to solve real problems – not made up ones that keep us fighting. I’m representing you to take care of issues so you don’t have to worry about them. I see other Democrats doing the same. I hope the people of NH will see the state of play for what it is, just as you did in 2018.

Since that election, Democrats passed a bill to implement an independent redistricting commission, to stop gerrymandered districts by either party, and the Governor vetoed it. This is an example of rigging the system by design. It’s disgraceful. The Governor is basically saying he will use his power to make sure the few continue to rule the majority. In history, that has been the fasted road to ruin for democracy – to invite corruption of the vote. This Trumpian concept of win-at-all-costs will result in less faith in our elections and less voter participation – basically, less democracy. It is up to the brave and practical people of NH to stand up and restore that trust by calling out the fakery. ‘The best repair for democracy is more democracy.’

Democratic leadership also passed Family Leave Insurance for all NH employees. It was a fair plan that fed our priority of family-friendly policies to encourage younger people to come, live and work in NH. We had a comprehensive plan for building the economy in a way that addressed multiple problems. NH is an aging state; if we do nothing to modernize benefits, we will end up seeing more degradation of systems as the elderly age without people to care for us. The minimum wage bill was another part of that plan that was vetoed as well. The Governor spun family leave insurance as an income tax and patted himself on the back as he vetoed it. Any cost, for anything, comes from our income – so I guess that means we cannot undertake any changes for the betterment of NH families. Our decisions to do this was based upon public hearings, years of research and a desire to address the way families work today. The Governor is reacting to a pledge to Grover Norquiest and a mantra that kills good bills for ideology.

In the case of family leave insurance, Democrats heard from many two parent working families about the increased number of working people sandwiched between child and parent-care, that a 12 week paid family leave would decreased the very real stress of unexpected illness. When you implement a program across all people, like NH did with Medicaid expansion), it lowers costs, provides security and becomes more affordable for all. That is the difference in philosophy between Republicans and Democrats. Republicans don’t want to pay for services as a matter of belief. Democrats believe that we get more by sticking together.

Please ask the Governor to explain how having the ability to care for a loved one without losing your job harms the NH Advantage? 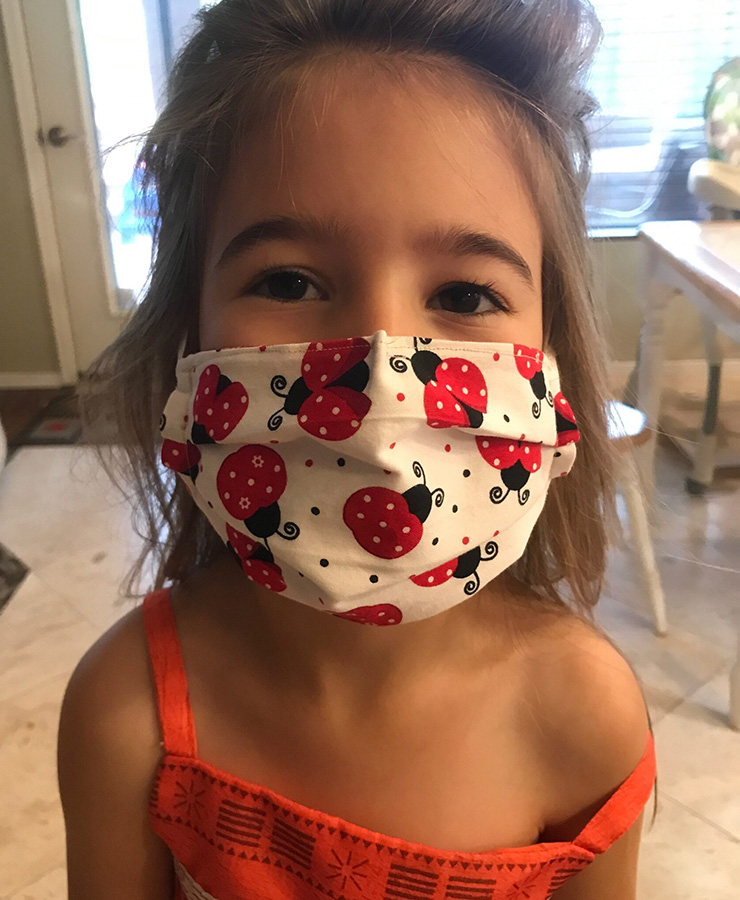 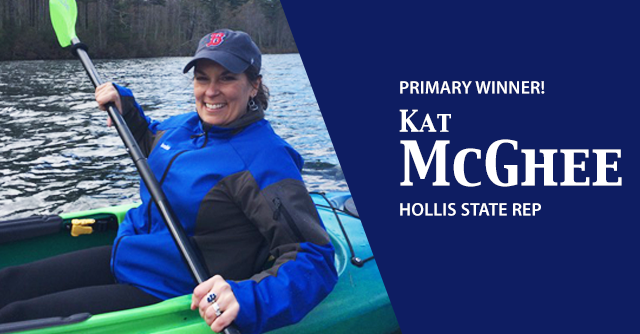 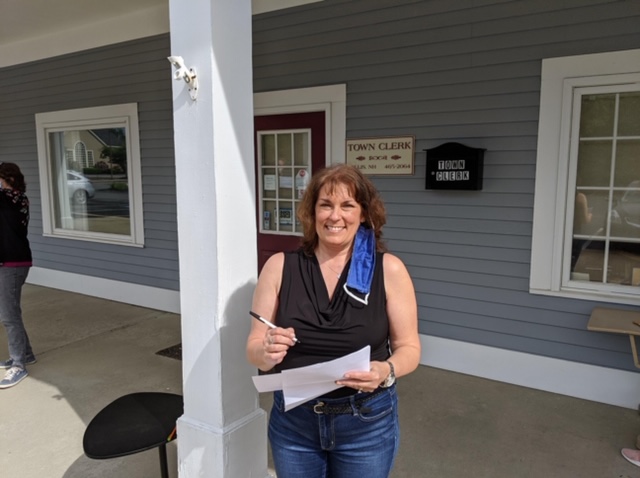 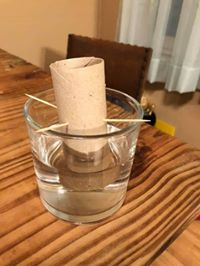 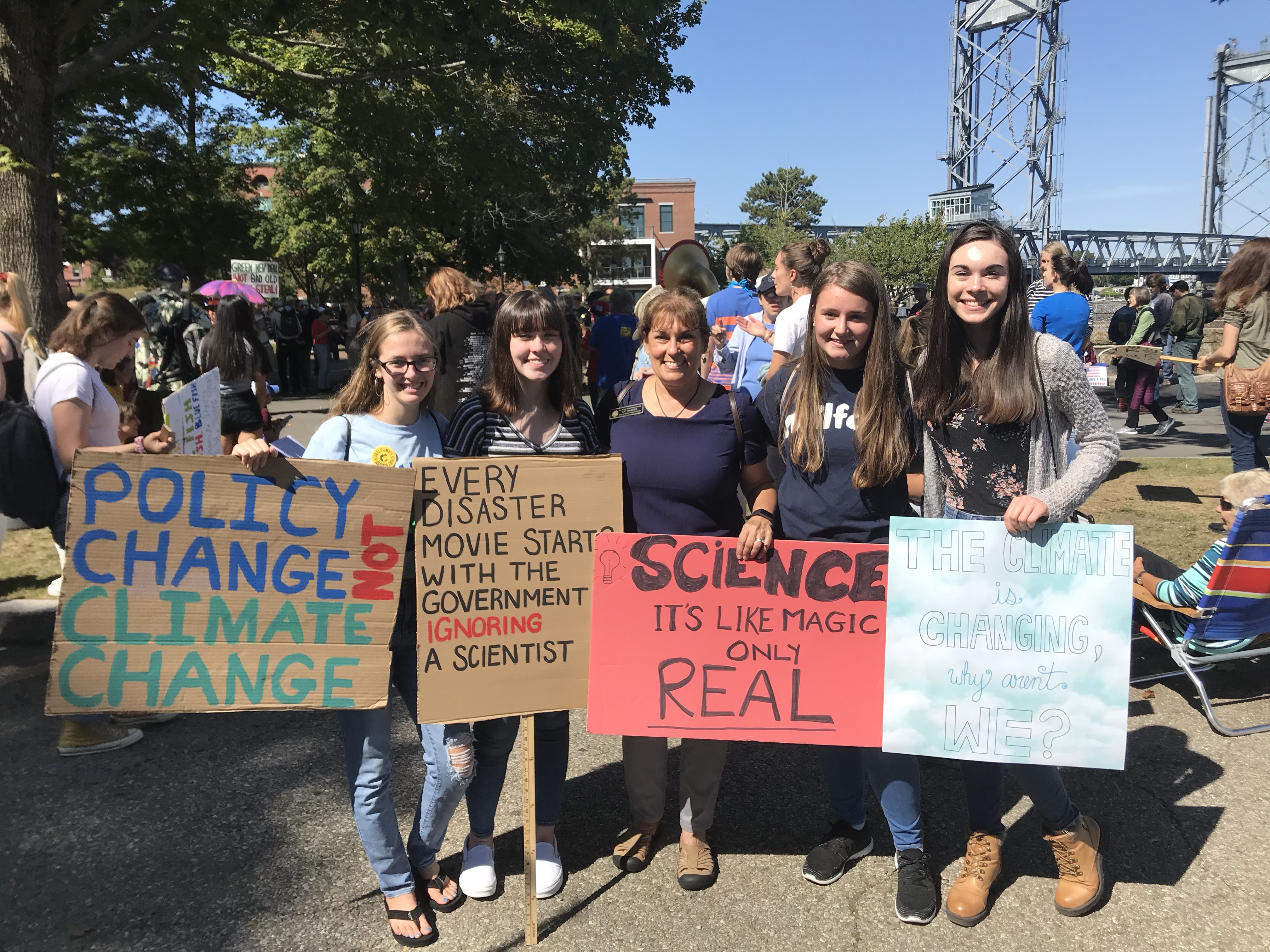