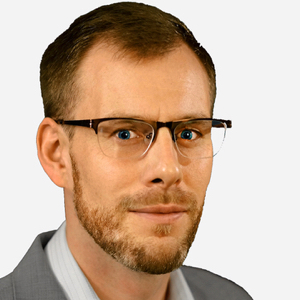 Kat has been going ‘above and beyond’ to democratize and modernize New Hampshire’s electricity market.

Last year, she co-sponsored Senate Bill 284 to create a Statewide Data Platform. Streamlining access to our energy data is a big, structural change: it removes a major barrier to decarbonization and the growth of the competitive energy market for homes, small businesses and communities.

The blunt truth is that the monopoly utilities have opposed this from the get-go — and are perfectly happy to derail progress by throwing their weight around at the Public Utilities Commission. To see the vision through to reality, Kat stepped forward to volunteer as member of our Local Government Coalition. It’s been a big lift: she’s participated in over 8 six-hour technical workshops and written page after page of regulatory testimony in the process. What it’s shown me is that Kat brings a unique combination of technical knowledge, ‘big picture’ vision, enthusiasm, and common sense pragmatism that is invaluable.

Kat is a real leader, and she really is dedicated to building consensus while representing the interests of all Granite Staters! 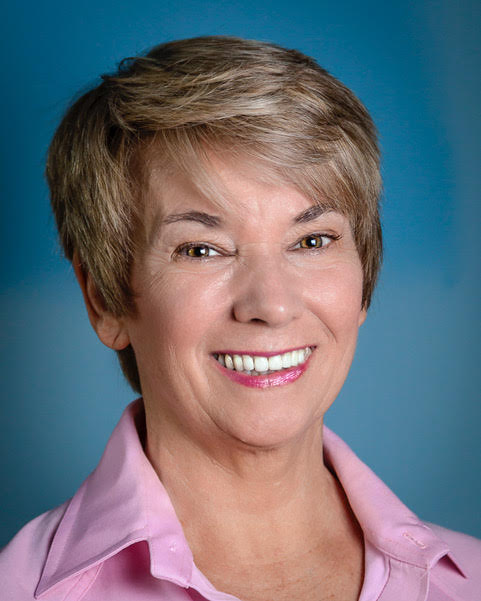 Kat McGhee hit the ground running the moment she arrived in Concord.

Knowledgeable and articulate on the outstanding energy issues facing NH today, Kat brings her incisive mind to the issues before the Science, Technology and Energy committee each and every day. Utilizing her well-honed project management skills, Kat has been able to take the lead on highly technical problems, find common ground between disparate interests, and forge consensus against all odds.

Kat is a tour de force and already slated for leadership! 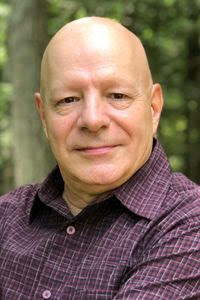 There have been times that I have asked Kat to assist me with constituent concerns and requests. No sooner then I have completed making my related phone calls, I’ve discovered that Kat has already taken care of the matter.

She is one of the hardest working and most dedicated legislators I’ve had the honor to work with and happy to call her my friend. 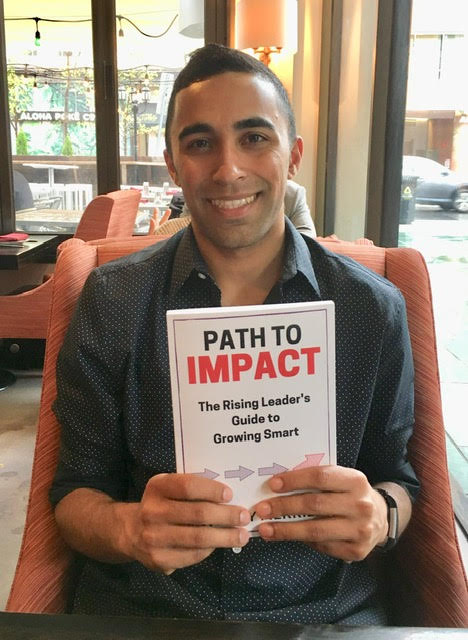 Representative McGhee is a ‘once in a generation legislator’ who relentlessly works to understand and tackle key issues at a depth rarely seen by those of us in the energy industry. 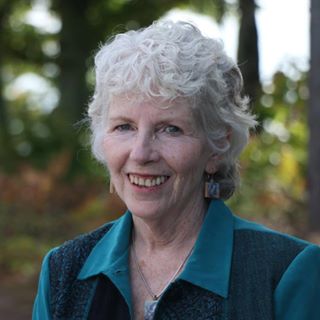 Kat, I want to express my gratitude for the incredible talent, intelligence and value you bring to the House’s Science Technology & Energy Committee.

I first met you back when we were both organizing against the Northeast Energy Direct pipeline. I was so impressed by your thoughtful and incisive comments before the project developers and the Federal Energy Regulatory Commission!

I was not at all surprised to see you elected to the NH House and appointed to ST&E.

Through the years, our paths have continued to cross as we each advocate for a clean energy future and a livable planet for our children and grandchildren. Although you represent Hollis, you made time to attend a Mothers Out Front presentation on the Granite Bridge pipeline in Peterborough last year! I was so delighted to see you walk through the door and so appreciated your great comments and contributions to the discussion that night.

Best of luck on your campaign and thank you so much for the yeoman’s work you’ve been doing on grid modernization and the statewide energy data platform at the Public Utilities Commission!
I am a big fan! 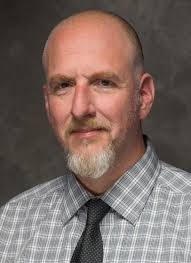 During the last two years, not only have I been able to see Kat engage and communicate with legislators from both sides of the aisle on key issues the impact the state of NH, but she always does it with grace and poise.

I’m eager to work with her more politically and professionally, as she’s committed to finding the best results when approaching a situation, problem or project. 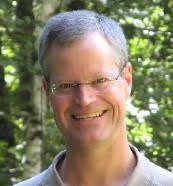 Representative McGhee consistently demonstrates the qualities we need from our New Hampshire leaders in these difficult times. She focuses on the big issues, listens to all sides, and pays attention to the experts in science, economics, and policy.

She also engages and empowers everyday citizens by listening to their concerns and helping them get involved to become effective participants in getting things done. 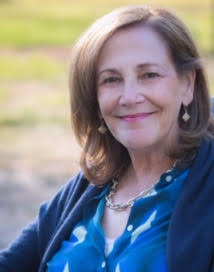 Kat is passionate about public service and supporting her constituents.

For years, she has worked tirelessly for a statewide energy platform. As soon as she was elected, she jumped in and took a leadership role on Science, Technology, and Energy Committee.

We need Kat to continue to do this work for the people of NH! I’ll be voting for Kat! 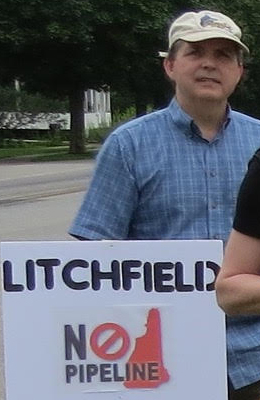 I have known Kat for a little over five years, dating back to our opposition of the NED pipeline project.

Her complete toolbox of knowledge on the issues, her vision and voice made her an important leader in that successful fight for homeowner and community rights; the education we received from NED turned her into someone who is dedicated to better energy decision-making for New Hampshire.

I am ecstatic that Kat is able to continue her work in the legislature, to continue as a force for citizens’ rights and the development of a sound, sustainable energy future. 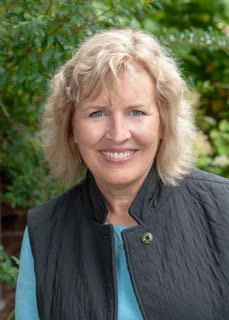 As a member of the NH House Science, Technology, and Energy Committee, Representative McGhee has been instrumental in elevating the need for sound and strategic energy legislation.

Her colleagues in the NH House, including me, have greatly benefited from her ability to effectively communicate complex technical aspects of a bill as it is presented for debate.

As importantly, she is a great team player who supports her colleagues on both sides of the aisle. 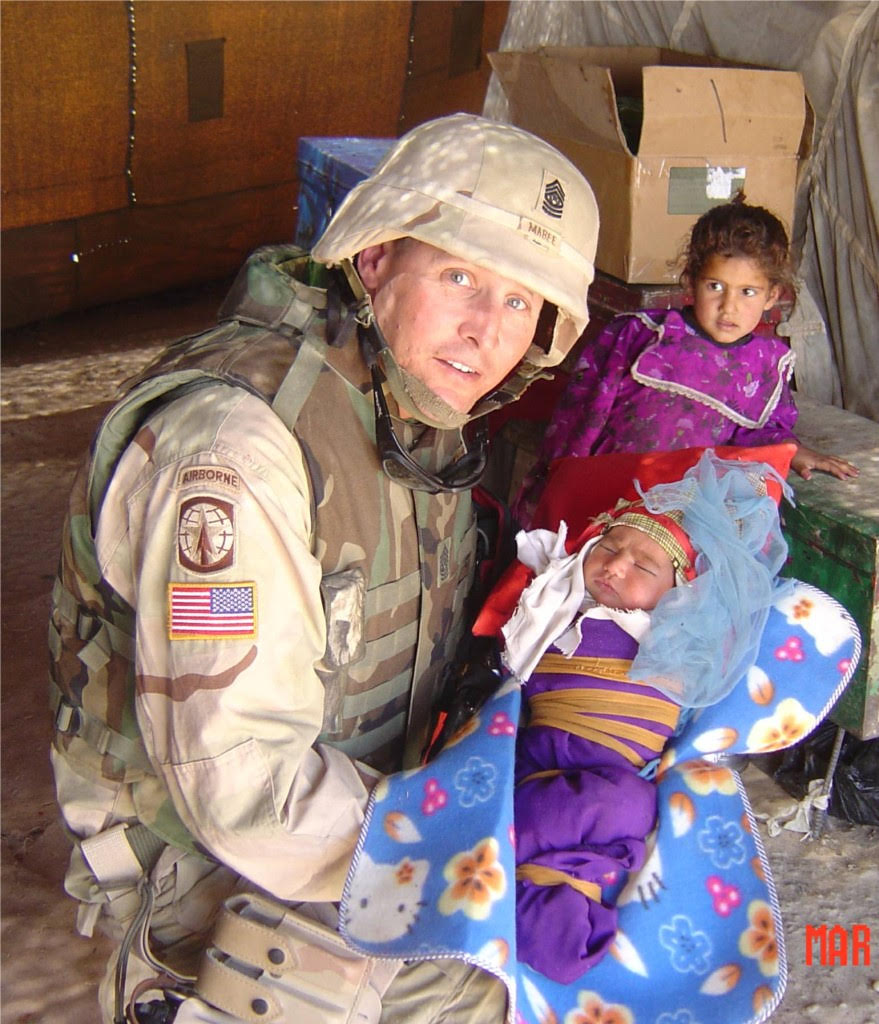 I know that many times as citizens, we can feel that our voices are not heard by our government. In my activities to help secure the grid, I have written far more letters and emails to the government that have gone unanswered than answered. This issue is a perfect example.

After FERC opened the transparency issue for public comment, I wrote to all my federal and state representatives, the state public utilities commission, the state consumer advocate, etc., etc. Most of them ignored me completely. A few sent perfunctory responses that they care about blah, blah, blah (and then no further response when I tried to follow up). Two outright refused to participate in filing comments – both claiming they didn’t know enough about the issue to comment. (Hmm. I guess two months is not enough time to read the whitepaper and some of the responses in the docket?)

But one person, Representative Kat McGhee, asked to meet with me to discuss the issue. I was actually shocked.

A few days later, we met for an hour and discussed grid security in a bit of detail. She listened, took notes and had also read up on the issue before I arrived to the meeting. In sum, she was on it. She told me that she would submit a letter supporting increased transparency – which she did on October 7, 2019. She also said that she would reach out to others who may be able to help (which she also subsequently did).

Okay, run that by me again: You call your representative with a concern and they represent you? What an interesting concept!

Seriously, thank you Kat McGhee for doing what you were elected to do. You are one of the few elected officials I have met that actually does that. 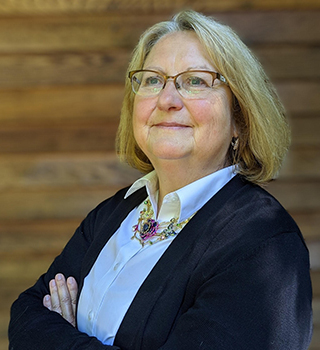 It is an honor to work alongside Kat McGhee at the State House. She is a tireless advocate for protecting the environment, protecting worker’s rights, and for fully funding our educational system. She constantly listens to and advocates for the needs of her constituents.

Kat is a force to be reckoned with and will always serve Hollis with integrity and a true compass. 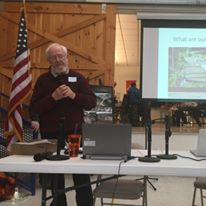 I know Representative McGhee from having attended several hearings held by the New Hampshire House Science, Technology & Energy Committee regarding a proposed interstate pipeline project. Her education, her personality, and her professional experience have prepared her well to address the issues that come before that committee.

She has proven to be dedicated to finding solutions that meet the foreseeable energy needs of the region while considering the long-term effects on our environment.

She responds promptly and thoughtfully to questions and comments from the public.

Her management and technical skills and her devotion to our community make her an ideal candidate to serve to in our state legislature. 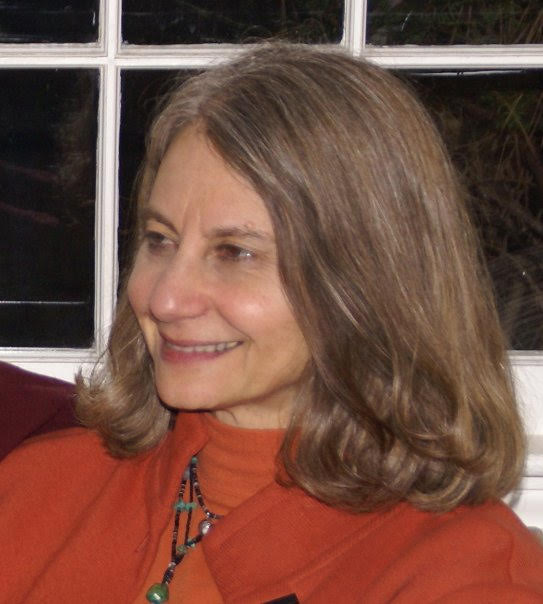 I met Kat at a Hollis Dems meeting several years ago, and was impressed with her knowledge and understanding of local issues.

Since she was elected, I have written to her on numerous occasions to voice my opinion about a bill in the State House, and I always receive a thoughtful response.

Kat is a dedicated leader and does a great job of representing her constituents. 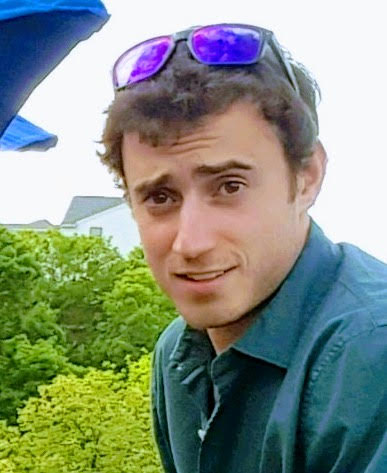 I have gotten to know Representative Kat McGhee through our shared work pushing for innovative clean energy policies at New Hampshire institutions (the legislature and the Public Utilities Commission).

Kat is a strong leader — I am continually impressed by her ability to pull together diverse stakeholders and perspectives, and groups towards common interests and results.

New Hampshire is lucky to have a leader like Kat who has both the right demeanor, and the right technical know-how to lead on clean energy issues for our state. Thank you for all you do Kat! 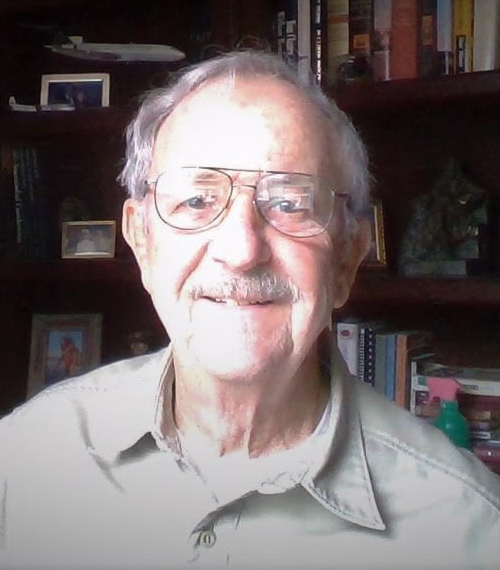 I know Kat McGhee. She is a born leader.

She and I worked together supporting Democratic candidates during the 2016 campaign. She is a ball of energy. Kat is creative in her thinking, and organized and effective in implementation. She inspired me to become a leader in conservation issues in my town of New Boston. She then helped me become effective.

I would highly recommend her for any position of leadership. New Hampshire is fortunate to have her. 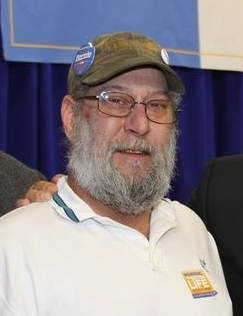 I Produce a Public Television Show and I was working on some shows about Energy issues in NH. It was suggested by a friend that I should give Kat McGhee a call as she was on the State Science, Technology and Energy Committee.

For those of you who do not know, our State Representatives and Senators are essentially volunteers. In working together to develop the outline for the show. I found that her experience in Project Management and her Civic engagement prior to becoming an Elected Official invaluable. That and along with her deep concern for the health and safety, not only of her family but her fellow citizens as well. 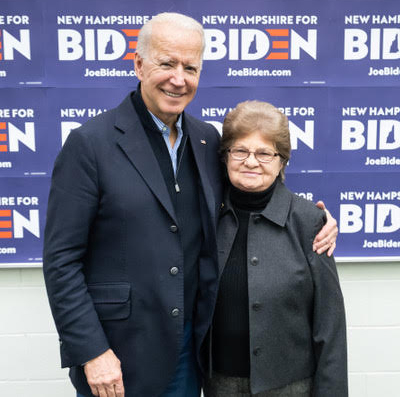 I got to know Kat two years ago when we canvassed together.

She is passionate in her beliefs and fearless.

Plus, she really knows her stuff! 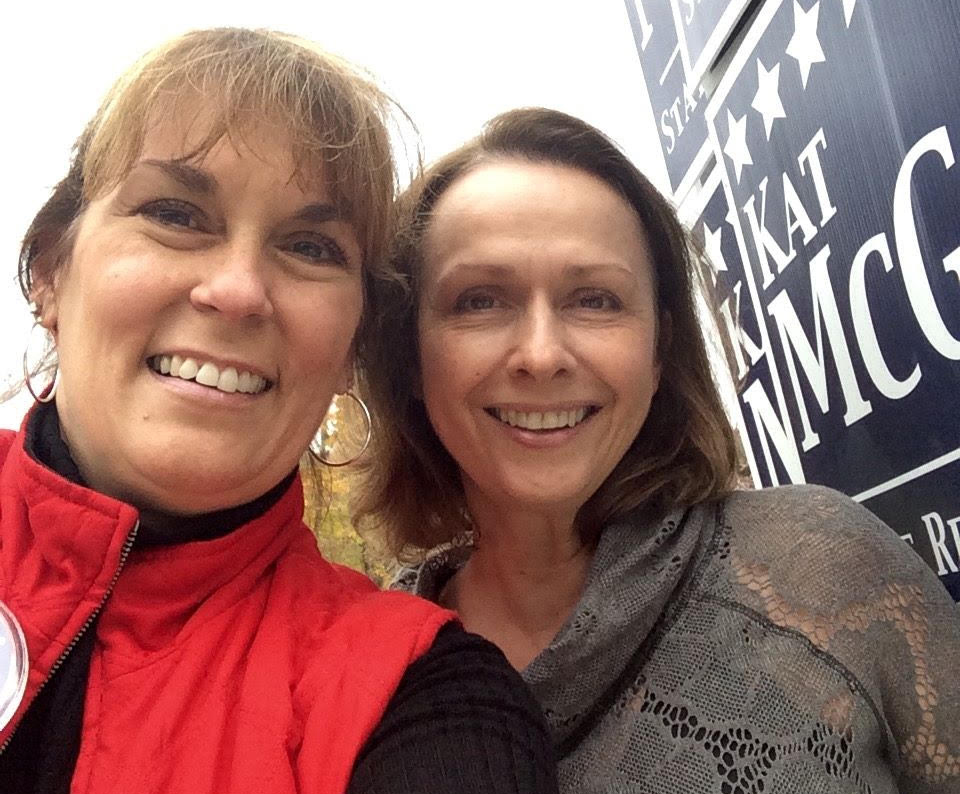 Kat is one of NH’s hardest working legislators.

She reaches across the aisle to work for our families and businesses.

I’m proud to call her my friend. Kat is a top-notch legislator – intelligent, responsive, personable and informed.

She listens carefully and really hears her constituents’ questions and concerns. She then addresses these concerns in a timely manner with clear and understandable information, even on complex issues.

She is on the Science, Technology, and Energy Committee, and she has impressed me with how quickly and thoroughly she has learned about these topics, and how to improve NH in these areas. She listens to my concerns, asks intelligent questions, and follows up with action.

She has my vote for re-election.